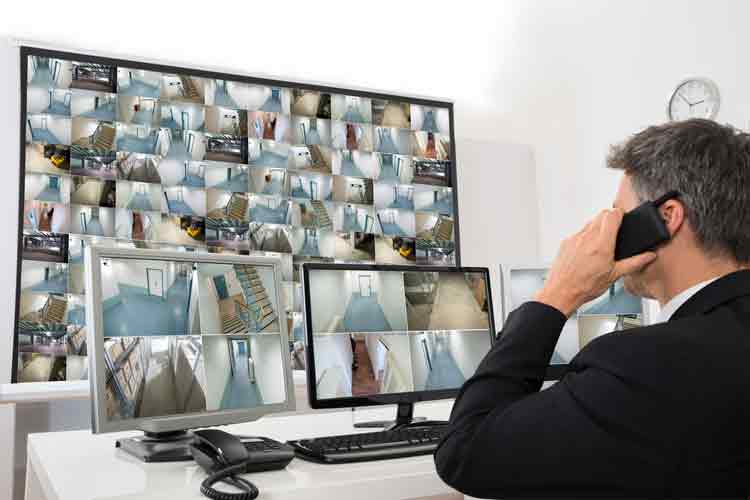 Today, many internet CCTV cameras have a motion detection facility that is vital if you are planning to use the cameras to automatically monitor a property even when you are not looking at the camera’s image. One of the problems with these cameras is that they will detect movement even from things that are not in your eyes worth reporting, such as a tree branch moving in the breeze, and this can cause some very annoying side-effects as the next section explains.

On a windy day, the innocent swaying of a tree can cause the camera to raise alert after alert, and the poor camera owner will end up with literally hundreds of alert emails or even worse SMS text messages, which will cost money. In some systems, each of the alert emails will have images attached, so the size of the email can be as much as a megabyte. Imagine trying to collect your emails and finding the whole of your email account jammed up with literally hundreds of megabytes of emails containing attachments that, when finally downloaded, show nothing more interesting than your favourite tree in a number of poses! The real danger though is this: In amongst all the hundreds of false alarms, there may be a real one that you could easily miss or ignore. Let’s take a look at one way of resolving this problem.

Many reputable wireless internet CCTV cameras, such as those by the market leader Axis, have a fairly sophisticated interface for setting up motion detection, which in all likelihood most people never use. A key part of this interface is the ability to define so-called exclude windows. These windows are rectangular panes within the main picture, and can be any size and dragged to any position within the picture. The camera knows that any movement within these exclude windows is to be ignored. So how can this be used in practice? The next section will show you.

Let’s say your camera overlooks a garden. At the bottom of the picture is a path, garage, and a lawn. Towards the top is a tree. Look at the scene and imagine a windy day (if it is not already such a day). Try to work out what would move within the picture on a windy day, and where it would move to. In our example, the branches of the tree may sway in the breeze. Make an exclude window so that it covers the area not just where the branches are now, but also where they may move to in the wind. This will take a little trial and error and you will probably have to wait for a windy day to see if you have got it just right. Using exclude windows is one way of reducing the number of annoying and possibly expensive false alerts from your wireless internet CCTV cameras, and hopefully you now know how to get the best out of this feature.